How To Dutch Braid Your Own Hair

Braiding hair is one of the many skills that often feels ingrained in some of us and absolutely not ingrained in the rest of us. For those of us that hair braiding did not come naturally, it often feels like an uphill battle to master, let alone moving into dutch braids. However, there is hope. I, myself, was a self proclaimed braiding failure, so if I can do it, you can too. I guarantee you have more ability than I did starting out.

I am going to walk you through how to dutch braid in a simple and easy to follow step by step guide. I guarantee that when you get through, you will be on your way to braiding guru in no time. All you need is some patience, practice, and willingness to read!

So what’s the difference between dutch braiding and French braiding? Dutch braids give the illusion that the braid is popping out of your head while French braids seem to go into your head. While they may look drastically different, it only takes one change to switch to the other style. That being said, I am focusing on dutch braids today. French braids are another day, another time. 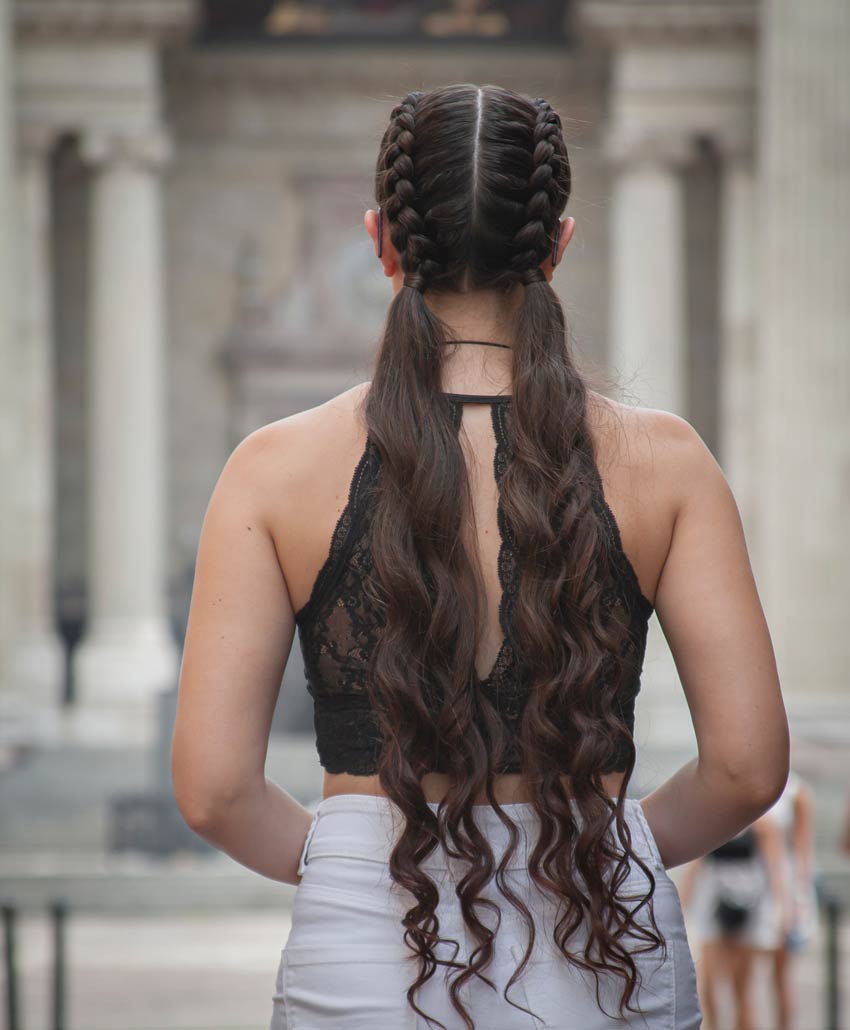 There are loads of ways to use dutch braiding in your hairstyles. Like we’ve already mentioned, you can opt for one braid or two braids, but there are loads of other styles. A half up dutch braid, two half dutch braids, a dutch braid into a bun, and so much more. Let your creative juices flow with your new talent.

The more you work at it, the more natural it will feel, so don’t give up if you’re not blown away with your results on the first attempt. Like anything, practice makes perfect, so give yourself a bit of slack to get that much needed practice in. When you do get it down, though, the sky’s the limit!